Home Beauty Tips What Are the Different Types of Skin Moles?

What Are the Different Types of Skin Moles?

Skin moles are commonly found in people, and they come in various shapes, sizes, and colors. On average, a person can have anywhere between 10 to 40 moles on their body. Most moles are harmless, but it is recommended to get any atypically shaped or colored moles checked by a dermatologist. Thankfully with this additional information provided by Dallas Dermatology Partners, experts in the field of Dallas dermatology, you will understand these different types of moles and procedures to remove them. 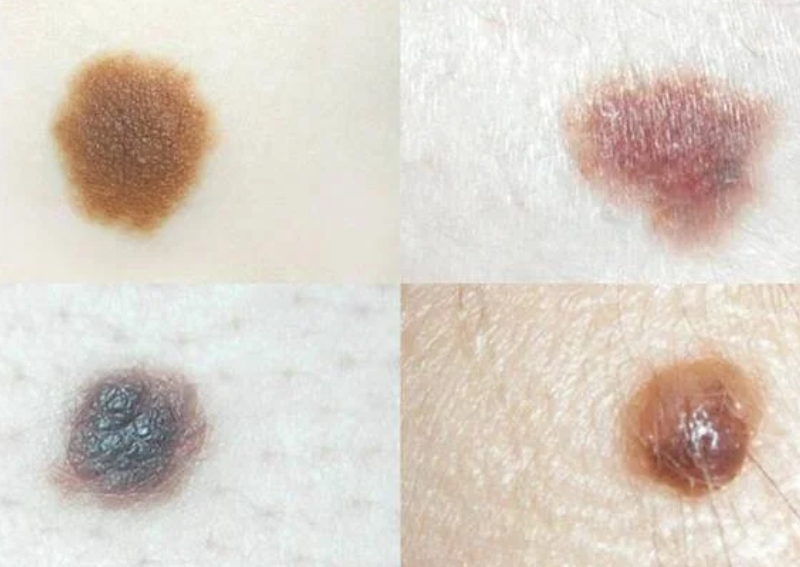 Melanocytes are skin cells that impart the natural color to the skin. Moles are formed when they start growing in clusters on the skin instead of spreading throughout the skin. Doctors are yet to determine what triggers this process, but it is believed that moles may be caused by hormones, genetics, prolonged sun exposure, and cancer in some rare cases.

Moles are categorized into three different types as follows:

Congenital Moles: These are the moles you are born with. They are usually raised, round-shaped or oval-shaped and are found in various sizes. These moles pose minimal risk of cancer, but bigger congenital moles may increase skin cancer or melanoma risk in the future.

Common Mole or Acquired Mole: These are harmless moles that start appearing on the skin after birth, usually by 20 or 30. These moles are also generally harmless. However, it is suggested to visit a dermatologist if you have acquired moles ranging from 50 or more.

Atypical Mole or Dysplastic Nevus: These moles are irregular in shape and form, with odd coloring, and larger than a pencil eraser. People who have atypical moles have a higher risk of developing melanoma in the future.

People sometimes find their moles unsightly and many times get them removed through a medical procedure. Based on the location, color, depth, age, and skin type, two procedures can be used for mole treatment.

Shave or Punch Removal: Moles can be removed clinically with a blade without requiring any stitches or punches. This is a simple and in-office procedure that the dermatologist can perform after administering local anesthesia. However, it is important to know that this procedure may leave a linear scar that fades with time.

Surgical Removal: In certain cases, moles may have to be removed surgically if they are larger in size, deeply embedded in the skin, have a potential of cancer, or are not likely to respond to any other form of treatment. Such moles are removed through a surgical excision to remove the mole and prevent it from returning permanently. Surgical removal requires administering local anesthesia to numb the part and avoid any discomfort. Once the mole is removed, the incision on the skin is closed with sutures. Similar to the punch removal procedure, surgical treatment may also leave a linear scar behind that fades with time.

Most of the moles start developing from childhood years and into teenage years and young adulthood. These moles may change color, become raised, or fade away in some cases. It is recommended to consult a dermatologist if you notice that your existing mole is growing or if there is a new mole formation observed on your body. Additionally, it is recommended to consult a dermatologist to discuss treatment options if you want to get your mole removed.

A Handy Guide On How To Detangle Curly Hair

You’re heading out to get groceries, you simply slide your feet into a slip-on sandal, als…

You’re heading out to get groceries, you simply slide your feet into a slip-on …