Cook County Judge Mauricio Araujo attended the wake for the mother of Chicago cop David Salgado. Araujo dropped by Salgado’s bachelor party — in South America. And Araujo was invited to his wedding. But are they friends? Not according to the judge when the FBI asked him. Araujo told the FBI that Salgado — now facing federal corruption charges — was “more than an acquaintance but not quite a friend,” according to an FBI summary of the interview. Araujo indeed saw Salgado frequently. As a judge, he approved nearly half the search warrants issued to the officer’s gang unit over the last three years, according to records and interviews. 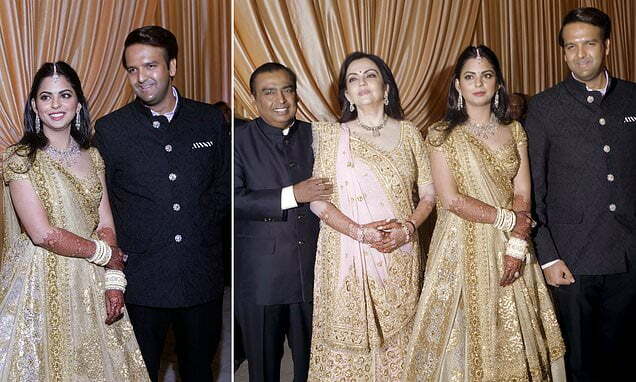 The FBI questioned Araujo about a month before Salgado, and his supervisor, Chicago Police Sgt. Xavier Elizondo was indicted in May 2018 for allegedly stealing cash from drug dealers during searches. They’re accused of presenting false information to judges to obtain search warrants. Araujo hasn’t been charged with wrongdoing, and he declined to comment to the Sun-Times.

On March 27, 2018, an FBI agent and a federal prosecutor visited a courtroom in the Leighton Criminal Court Building at 26th and California after Araujo finished hearing cases for the day. According to records reviewed by the Chicago Sun-Times, the judge asked them, “Are you here for me?” They asked to speak with him in private, and he said no. Araujo asked the FBI agent to confirm he wasn’t a target of the investigation — but the agent declined.
The judge also is quoted as telling the federal officials that “you’ll be hearing from the attorney general about this.
Then on April 11, Araujo was interviewed at the U.S. attorney’s office. That’s when he described his relationship with Salgado as “more than an acquaintance but not quite a friend,” according to an FBI summary.

Contents Summary show
The judge described when he socialized with Salgado.
It’s not uncommon for judges to do that.

The judge described when he socialized with Salgado.

He said he went to a wake for Salgado’s mother and said he met with Salgado in Cartagena, Colombia, at Salgado’s bachelor party, which overlapped with the 80th birthday party Araujo’s father there, according to the summary.
Araujo also told the authorities he was invited to Salgado’s wedding and reception in 2017, the document said.
The judge was quoted as saying that Salgado and Elizondo’s situation was sad and damaged the trust people have in the police.

Shortly after Salgado and Elizondo were indicted on May 9, 2018, Chief Judge Timothy Evans changed how Cook County judges approve search warrants. Police officers now have to call a randomly assigned duty judge when seeking approval of a warrant after hours or on weekends, court spokesman Pat Milhizer said. Officers seeking warrants during regular court hours are sent to the chambers of Judge LeRoy Martin Jr., chief of the court’s criminal division, where they’re sent to a randomly assigned judge. Officers also can seek approval from one of the six judges in the rotation who preside over the bond court.

Records show Araujo approved 82 search warrants for the officers’ Area Central gang enforcement unit from 2015 to 2018, nearly four times more than any other judge. Araujo declined to comment, but a source close to the judge said he was “accessible” to officers. A few dozen other Cook County judges have also signed warrants for the gang team over the past three years, records show, with the next most active judge signing 22. But nearly all the other judges signed just one or two warrants for the unit. The Sun-Times reviewed 188 search warrant “data forms obtained through a public-records request. The newspaper asked the police department for information about searches involving Elizondo and Salgado, as well as three other officers who’ve been stripped of their police powers but haven’t been charged.

Salgado was the “affiant” who requested many of the warrants, and Elizondo supervised many of the searches, those records show. In December 2017, Salgado allegedly presented Araujo with an informant who gave a false story for the gang unit to obtain a warrant to search an apartment, according to federal court records.
The officers discovered $15,000 that the FBI secretly planted in a stove in the Humboldt Park apartment as part of a sting operation on the cops. The officers also discovered surveillance equipment the FBI installed in the apartment, court records show.

The officers correctly placed the entire $15,000 into evidence, the court records show. But the next month, according to court records, the officers stole $4,200 in another search that was also being monitored by the FBI. The alleged theft is at the center of the federal indictment against the officers. Araujo no longer signs off on search warrants after he was assigned last year to administrative duties in response to a sexual-harassment complaint filed against him by a Cook County prosecutor. Araujo is accused of calling the prosecutor a “bitch” and suggesting he had sex with her when they were law students. He is now limited to performing marriage ceremonies and conducting legal research at the Daley Center. The harassment complaint remains under investigation by the state Judicial Inquiry Board.

Many of the warrants Araujo signed for the Area Central Gang Enforcement Unit 311 were “John Does” warrants, meaning an anonymous informant provided information to justify a raid’s need. Officers are supposed to bring John Does in front of a judge, who can question the informant and verify whether the source is a real person and whether the information seems trustworthy, said Dan Locally, a retired Cook County judge. With a warrant, you are authorizing police to go into someone’s home, so you want to make sure that it is good, the constitutional reason for them to violate that privacy,” Locally said.

It’s not uncommon for judges to do that.

Still, one Cook County judge speaking on the condition that he not be named said the number of warrants Araujo signed for the gang-enforcement unit seems “unusual. The Dec. 20, 2017, raid that led to the $15,000 seizure by the gang unit involved a John Doe informant. Salgado allegedly presented Araujo with false information from John Doe. An FBI informant wore a hidden microphone and was recorded telling Elizondo and another officer that he bought marijuana in the apartment, according to court records. But the affidavit for the warrant, prepared by officers, said something different: that the informant saw two bricks of heroin on a kitchen table while buying the drug there, records show.

Then on Jan. 28, 2018, an informant working for the FBI gave the cops a tip about a Hyundai parked at a hotel near Midway Airport. The informant told the officers they’d find cocaine and cash in the car. FBI agents hid $18,200 in marked bills in the car to see whether the officers would make a proper inventory. The officers allegedly seized the money and stole $4,200, turning over the rest to the police department, according to the FBI. The officers are accused of lying in their police report that they “observed the vehicle to be open.” The car was actually locked, the FBI said. According to the FBI, the informant told the officers a key was hidden in the bumper, which they used to open the car.

At least 14 people have pleaded guilty to charges after they were arrested as part of Area Central Gang Enforcement Unit 311 raids, which were authorized by Araujo, records show. 5 went to prison; the rest got probation. Another 17 people were arrested, but their charges were later dropped, court records show. Cook County prosecutors have said the corruption charges against Elizondo and Salgado have prompted them to dismiss dozens of cases in which the officers played a role in an arrest. And in the last three years, the city has paid out at least $200,000 to settle lawsuits against officers on their gang unit.

Comments Off on A wedding, a wake and warrants: FBI grilled judge with ties to indicted CPD cop